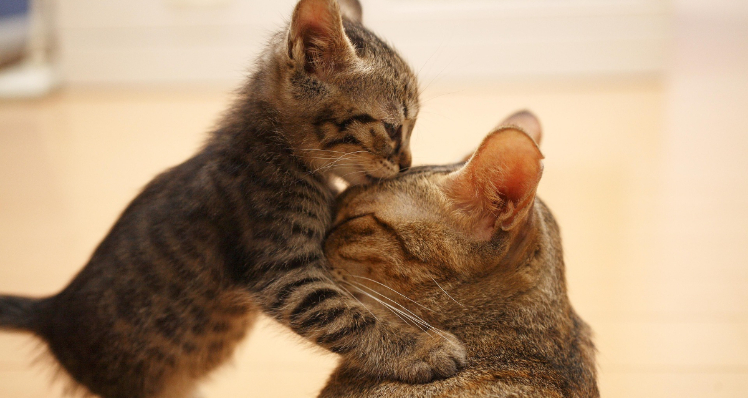 A cat was brought to the Nevada SPCA for a chance at a better life. The cat was treated and was so thankful to be helped.

Misty is a 3-year-old kitten when founded by Kathy Stankiewicz, a volunteer from the streets of Nevada, United States, was terribly in a pathetic condition. She was pregnant and with serious injuries to her legs and thigh. After getting dedicated care the infection on the legs became manageable. A few days later, surpassing the complicated delivery, Misty gave birth to its kittens. Misty, managed to give life to all its babies and had become a new mother.

Despite giving best efforts, Misty fell ill a couple of days after giving birth. She was sick and was overcome by stress and weakness. Her babies couldn’t bear the distance from their mother and sadly lost their fight. Though Misty was able to regain her health, she was left heartbroken.

A few weeks later, Kathy rescued another abandoned newborn kitten from the streets. When Misty found the kitten, she readily accepted him as her own. She started grooming and became protective of him. She was nursing and keeping the kitten meticulously clean, around the clock as if she gave birth to him. The feline, named Sunny was a bit reluctant at first. But, now doesn’t want to get away from her. He has gotten used to the warmth and protection of his new mommy.

Animal bonding stories always fascinate and develop warm feelings in our hearts. Just like this beautiful post.!!! Here we have to thank all those rescuers who make us witnesses to these happy endings.

The secret behind a little green feline